Over the years, Tantrwm have developed a strong and lasting professional relationship with the British Council. We have succesfully collaborated many times over the years creating live streams, training materials and films. Here is a selection of the projects we’ve worked on.

Streaming to a six figure worldwide audience with the British Council.

The English language is studied globally and the IATEFL conference is one of the biggest events for English teachers worldwide. Tantrwm have been live-streaming the conferences since 2009. We have developed an international audience for these essential and valuable broadcasts that are watched on-line by some 80,000 teachers. 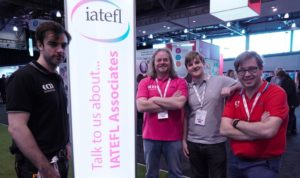 During the conferences Tantrwm simultaneously run a studio-style chat show. This entails interviewing the keynote speakers with roving teams and streaming talks from different locations of the venue.

The TV studio is invariably one of the highlights of the event, creating a buzz about the event both online and on site. We interview the delegates about their products and research as well as the conference itself. These interviews become short clips that can be shared during the conference. Delegates then tweet and post these as they promote their work as well as the event.

At the end of the conferences there’s around 120 hours of footage which is used post-event ensuring ongoing access. Global delegates can then catch up on key information they may have missed due to time zone or other issues.

A sports series with a difference for English learners 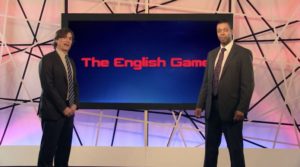 This series of films were created to be used on the British Council’s Premier Skills site. The site is targeted at fans of the football Premier League.

Featuring two English learners visiting the UK, they enable the learner to gain real world experience of the English language.

The twist is that it is all a competition. The learners are being commentated upon by sports pundits. These help give extra hints and tips on some of the quirkier parts of the English language.

The series has been a big success and has been a real hit with viewers across the world. 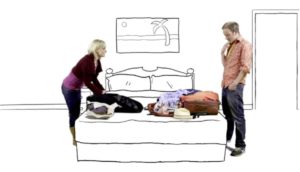 Tantrwm worked with the British Council to create two series of fun, enjoyable learning resources for people learning English as a second language.

Simple, illustrated backdrops alongside cartoon devices like thought bubbles allow the viewer to concentrate fully on the language and help comprehend what is being said.

We were heavily involved throughout the process of these films advising on the scripts, managing the project and undertaking all of the special effects in-house.

The films were made on tight budgets and were turned around quickly. They have also proved to be very popular with both teachers and students.

Call Chris or Andrew on 01685 876700 for more information on how Tantrwm can help tell your story.