It has never been more important for academic expertise to make its voice heard.

From climate change to international development to global economics, the world needs the insight. Whether it’s informing public debate or shaping public opinion, our universities and colleges are vital.

Tantrwm work with academic institutions across the UK. We help them communicate their findings, raise funding for scholarships and attract the best and brightest students.

One university we’ve had a long term working relationship with is Imperial College London.

Imperial College conducts some of the most cutting-edge research anywhere in the world. Work that will change the world and we have been fortunate enough to witness and document first hand.

Here are just a few of the projects that have helped build and maintain such a long lasting and mutually beneficial relationship.

One of the reasons Imperial continue to choose us is the ability to take weighty subjects and make them easily digestible.

Tantrwm worked with the TechForesight team to create a series of videos. These videos showcased the important projects taking place
at Imperial.

The films were shown to high-level policymakers from the business world at the World Economic Forum in Davos. From health-economics, to satellite imaging technology, these videos helped start a conversation. A conversation about how we can tackle the major problems facing the world and how the scientists at Imperial are working on solutions. 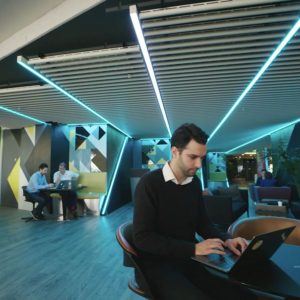 One of the last projects we were involved in before the lockdown were the Imperial College Alumni Awards. These awards celebrate alumni who are remarkable leaders in their field and have demonstrated outstanding achievements.

We set up multiple robotic cameras which were live mixed by our bespoke roll in-roll out studio.  This means we catch every angle, just like a live TV program. Recording all cameras separately means separate edits of the event can be created at a later date.

One winner was Harris Bokhari. Harris is an accountant who devotes his time to voluntary projects, which have earned him numerous awards. He has established two charities and helps out mentoring in his spare time.

His acceptance speech was inspiring and humbling in equal measure and centered around the power of two simple words. Words that many of us forget or take for granted, especially when we are under pressure. 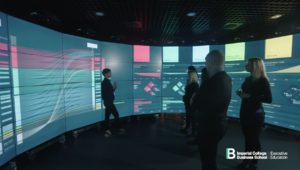 The Imperial marketing team wanted to use video banner ads as part of a broad campaign. Unfortunately, time and budget constraints meant that they were unable to commission any new footage.

Fortunately we had archived the footage from the 50+ videos we had already made for them. Using these we created exactly what they needed without any filming at all.

Video content we created was used to make the audience aware of the unique experience that Imperial College offered.

The video banner ads were featured on the websites of the FT, Forbes and the Economist. We also created social media videos that were used on Linked In, Facebook and Twitter. These videos were short and focused on the core messages that the marketing department was working with. Clicking on these linked to a page on the Business School website. The page explained the experience on offer and featured a more in-depth video on these experiential learning experiences. 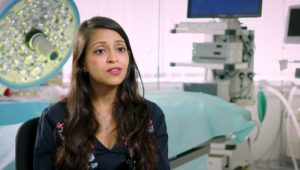 Vox Pops can be an extremely effective way of maximizing the impact and budget of any event. Having the input of the audience and speakers makes for great social media content through sound bites. Vox pops can also be used in edited version of the event often to draw attention to certain information or points of said event.

Imperial College are just one of the organisations who utilize  this, gathering Vox Pops at most of the events we cover.